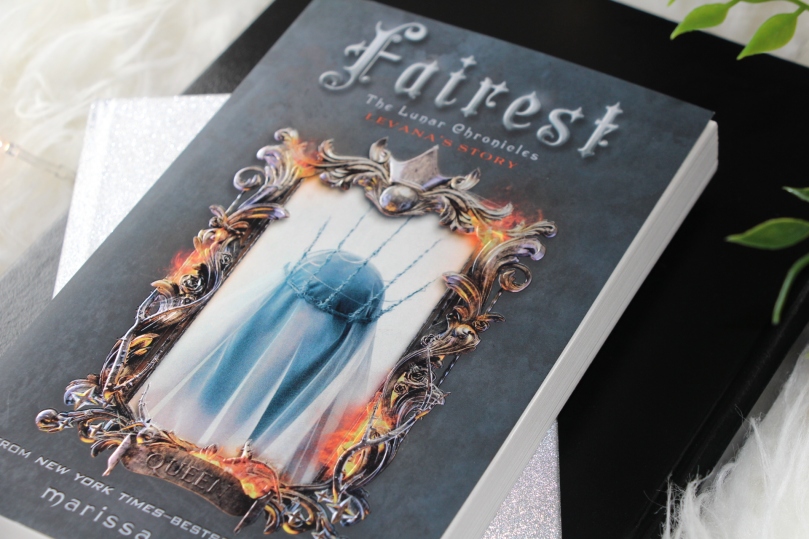 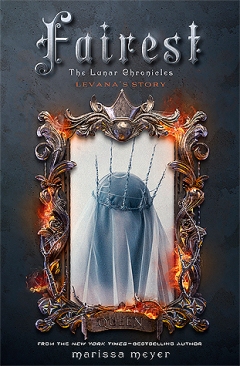 Fans of the Lunar Chronicles know Queen Levana as a ruler who uses her “glamour” to gain power. But long before she crossed paths with Cinder, Scarlet, and Cress, Levana lived a very different story—a story that has never been told … until now.

I can not do a review on this one without spoilers so heads up! 😛

Ah this book guys! I probably shouldn’t love it as much as I do, but I can’t help it. I just felt so badly for Levana. Reading about her life… Sure, she’s evil, she always have been but I have to admit… I still kind of love her. She had such a hard life! Levant has probably the saddest story I have ever seen.

“She cried for the girl who had never belonged. A girl who tried so hard, harder than anyone else, and still never had anything to show for it.”

I know that Levana is a horrible person. She manipulates a lot of people. She has people murdered. She dreams and premeditates evilness. But even so, it’s impossible not to love her at least a bit. She made me feel so sad for her… Because of her older sister she had so many heartbreaking moments… Especially her sister burning her when they were young… It’s just so wrong… She was just a little child. Why?? Why?? Arghh  my heart is breaking for Levana. She’s alone and unloved. And all she ever wanted was the love of someone. She totally got the wrong way to do it, like totally wrong! But after all you understand why she is like that…  With such a sad and tragic story.

This book is such a nice addition to the series that is totally not common to find! There’s just something really great about reading the stories behind the villains, finding out why they became the way they are.

Marissa Meyer created a whole background story for Levana! She is the perfect villain, she is dangerous, powerful, totally evil and she as a strong backstory that creates sympathy for her. I mean, I am sad about a person that would kill everyone on earth if needed… That is how good of a character she is! Levana is literally crazy and evil till the bone, but this book does offer several convincing  and also disturbing reasons as to why she became the way she is.

We get to read about Levana as a teenager, first with 15 years old. When her parents died.  And then we learn about Levana’s crush. A guard who is more than ten years older than her. He is married and soon having a child. But Levana wants him desperately. And she convinces herself that he wants her too. Especially when his wife dies. She was desperately in need of love that she never got from her parents or sister. So Levana quickly grows both cruel and controlling. And I can’t stop thinking how different could have all been… If only she had good parents, if only her sister was nice to her, if only she had friends, if only he loved her, if, if, if,…

Anyway, she gets Evret to be with her. To marry her. But he doesn’t love her and he never will. And she makes him pretend to love her. It was so heartbreaking. She just wanted to be loved, to not be alone. And I understood her about that… But what she did was not right, she ended with his life and with the life she could have had. But I loved to read about it and about  precious Winter. Oh, reading about her as little was so adorable. I cannot wait to know her more in Winter. So excited!!
In the end, Levana is a villain, sure, but she is a villain that I love. I can’t help it. I liked her a lot in this book, despite all the horrible things that she did.

If any of you haven’t read Fairest yet, then you really need to do so! Preferably read it before Winter! It’s totally worth it. I promise!

Did you change your opinion on Levana with this book?

Do you think she would have been different if it wasn’t for her past?

One thought on “Review: Fairest by Marissa Meyer”