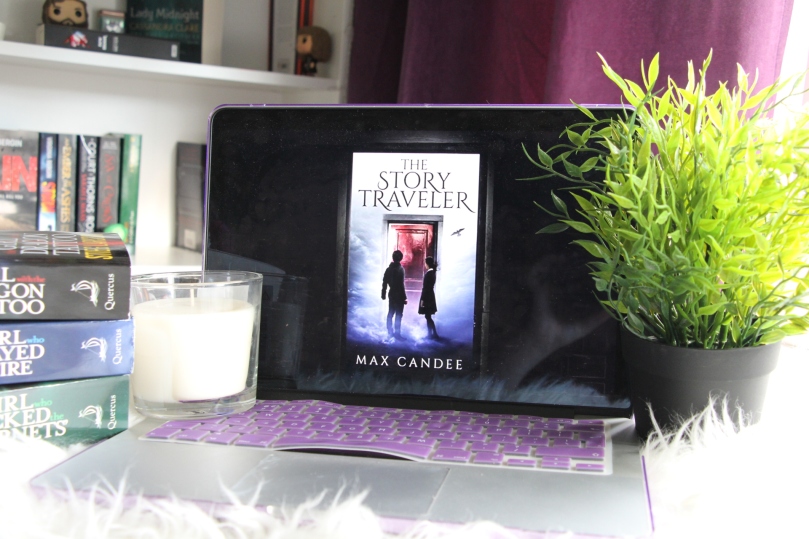 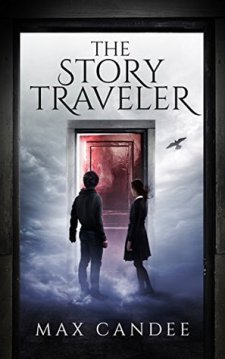 The Story Traveler by Max Candee

Stories aren’t real … or are they?

Fifteen-year-old Haley Spade is enrolled in an exclusive boarding school in Connecticut. This school has a grim mythology: Everyone believes that the angry ghosts of six students who committed suicide decades ago still haunt its halls.

On a dare, Haley spends a night wandering through the “haunted” building. But she takes a wrong turn into a dizzying adventure of stories made real, stories within stories, worlds within worlds. She encounters magical creatures like the King of the Cats, a shapeshifting crow, elves—and a menace far more terrifying than any ghost.

Suspenseful, fast and rooted in several fairy tales, The Story Traveler captures our yearning to be more than what we are. Haley’s bizarre journey will leave her and the reader wondering: What is reality?

Haley Spade is a 15 year old girl. After her parents die, her grandparents took her in but soon they get rid of her. They send her to an exclusive boarding school in Connecticut.

Several students believe that the main building of the school is haunted by the ghosts of six students who committed suicide decades ago. Haley doesn’t believe in ghosts, so on a dare, she spends the night alone in the “haunted” building to prove they don’t exist.

But what she doesn’t know is that she isn’t alone and that someone has convinced Oliver, a fellow classmate, to sneak into the building as well to scare her. She figures it out pretty easily and they decide to investigate together.

But after wondering around, the next thing you know they are on an adventure where secret doors take you into stories within stories and worlds within worlds! They find magical creatures like the King of the Cats, a shapeshifting crow, elves—and a menace far more terrifying than any ghost!

First of all, this book is considered as Middle Grade / Young Adult adventure. For me it felt more like a middle grade type of writing. It was pretty simple – straightforward.

When I first asked for this book I didn’t know much about it other than the cover being amazing and the title making it terribly interesting! But after reading the blurb I found it so exciting. Just the perfect adventure book to read near Halloween!

Also the idea of the book is amazing! I loved the concept of stories kinda coming to life and all the different versions there were! It’s a bit like a parallel world. Where everything is the same and yet everything is different! It was really fascinating!

On the downside I really didn’t feel any connection to Haley. I liked her in the beginning of the story – she seemed a strong kid but then… I stopped liking her and I couldn’t understand her. She was constantly changing her way of thinking and it felt weird.

I also didn’t like Sarah! She is mean and ah I hate her, especially in the end! I wonder why she is so obsessed with ghosts tho…

My favourite characters were Tom the King of Cats, and Jack – ‘Mr Dawes’, a man who can tranform into a Jackdaw.

The world was amazing and incredibly imaginative! I would totally recommend the book but maybe to younger readers!

To conclude, nothing better than what the publishers said: “A dizzying adventure of stories made real, stories within stories, worlds within worlds.”

Do you like time travel books? Recommend me some!

One thought on “Review: The Story Traveler by Max Candee”