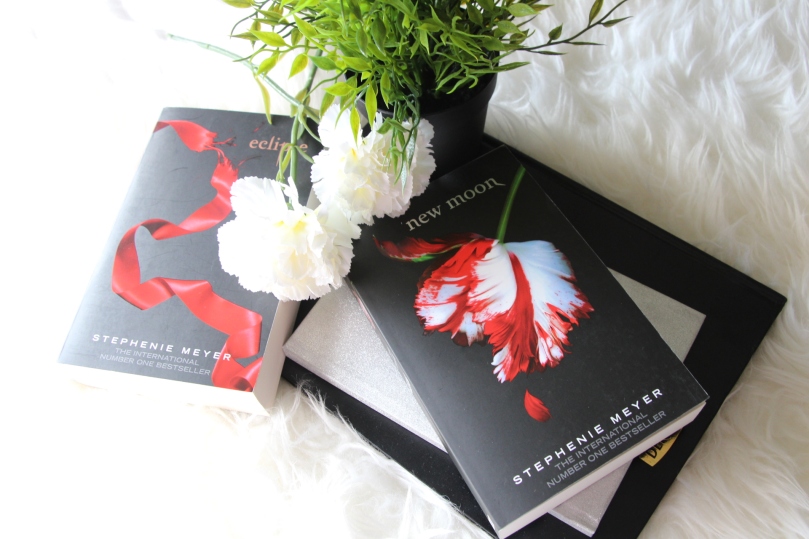 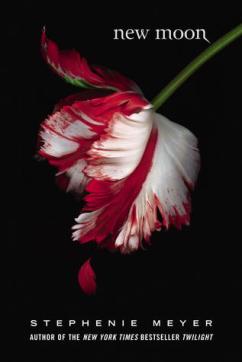 For Bella Swan, there is one thing more important than life itself: Edward Cullen. But being in love with a vampire is even more dangerous than Bella could ever have imagined. Edward has already rescued Bella from the clutches of one evil vampire, but now, as their daring relationship threatens all that is near and dear to them, they realize their troubles may be just beginning…

Starting with Bella’s birthday, the Cullens do a party for her and during that Jasper attacks Bella, which could have led to her death. Edward freaks out and becomes stupid. He says he can’t protect her and that he can’t be with her anymore and so on. He leaves Bella in the middle of the forest without saying much more and asking her for a favor – to make sure she doesn’t do anything reckless or stupid. Bella promises to.

Then, as Edward leaves her she tries to run after him (shouldn’t you already know that would be a stupid thing to do?) She is lost and tired so she falls and she lies there on the ground for hours because she is heartbroken…

After some moping around she starts hanging out with Jacob for stupid reasons. But it actually does something good for her. He seems like a good person but than he changes…

Okay… I thought this book was going to have more action than it actually has. It was mainly a bit boring for me. I liked more the first book but I will still give this one 4 stars since it had some moments that I really loved and that made me emotional!

I TOTALLY didn’t remember a lot of this one but I know that I loved it more when I first read it, I guess the age while reading this books really matters… I will always like them and re-read them but it won’t be the same anymore >_<

At least half of the book is just talking about Bella and how devastated she is for losing Edward. I remember I found it heart-reaching when I was 15 but now… There were really no other solutions Bella? Can’t you think?

She really doesn’t need vampires or werewolves to make her life dangerous, she does that perfectly fine by herself. To do something reckless? Leave it to her! She has no self-preservations whatsoever. ‘Let’s do all the dangerous and stupid things I can find without thinking farther about the people that love me because I can hear him in those moments…’ Ah come on… You can do better than that!

I really hope she changes because I can handle the fact that she is human and in a world of vampires and werewolves she is the only person that needs saving, but I can’t handle that amount of stupid choices. She really annoyed me.

About the other characters…

I liked Jacob more in the beginning. He was such a sweet person but then when he turned into a werewolf he also turned idiot. I think werewolves are cool, well not has much as vampires but I really like them; but his change as a person in the begining was way too much.

Then everything turned all right and they stayed ‘friends’. I understand his actions and his wolf protection thingie but sometimes he was too naive/idiot for his own good…

Alice appears because of her visions in Bella’s house. And that’s how it will connect to Edward, finally!

Edward doesn’t appear until almost the end of the book but when he does I really like that situation! It showed that he is perfect for Bella. His actions, although different, are as stupid!

The world had a bit more to it this time. We have Italy! With a vampire clan -Volturi – living in the underground!

But…I liked to know the Volturi, I hope they appear more in the next books! They seem awesome and actually dangerous! I loved the powers they have, and I am as interested in their agreement as they are!

Well since the beginning we all knew what the end was going to be like, right? I mean Edward and Bella… Bella and Edward… that wasn’t much of a surprise…

The writing is once again simply catchy. I read this in no time and I could keep reading and reading! Are really enjoy Stephenie Meyers writing style!

The movie was once again weaker than book – and boring! My boyfriend saw twilight and it was okay, not is style but I kept seeing it with me. But in this on? He felt asleep… –

This book was soooo less strong emotionally!! I always tend to like more the books and I really enjoyed the movie but, just like the first one, it’s still missing some important parts to make it well, good. And Bella annoyed be so bad and so much more than in the book!