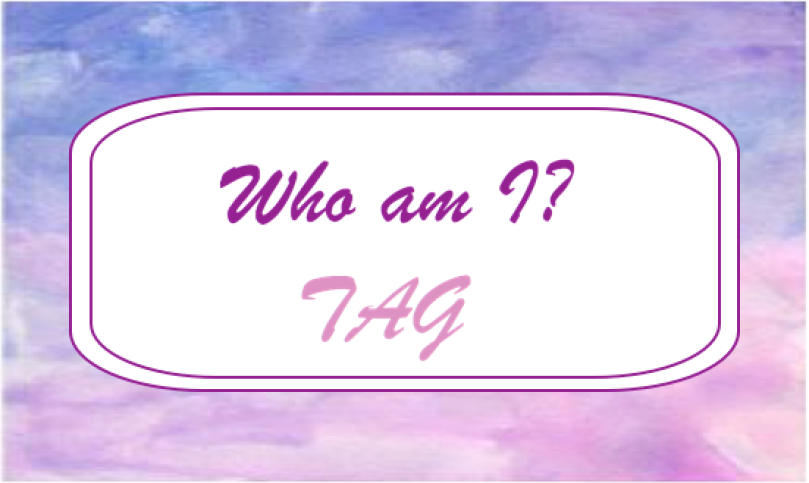 I was tagged by @Thebooknerddragon and by @Thebookmermaid to do the Who am I Tag! Thank you so much!!!

Also, make sure you check out their blogs and their answers to the TAG respectively here and here.

Without further ado, let’s get started because this is a pretty big one! Enjoy!

What is the meaning of my name?

My name is Joana and it apparently means “God is gracious”.

What is my Myer-Briggs personality type? (Link) 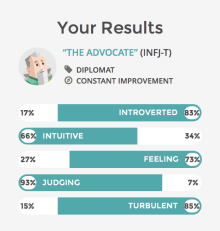 “The Advocate personality type is very rare, making up less than one percent of the population, but they nonetheless leave their mark on the world. As members of the Diplomat Role group, Advocates have an inborn sense of idealism and morality, but what sets them apart is that they are not idle dreamers, but people capable of taking concrete steps to realize their goals and make a lasting positive impact.”

Hmm… Okay… Are we really talking about me?

For strengths, it says:

Well, I’m not really sure about some of this… I don’t think I’m that creative or insightful or even inspiring and convincing. But if they say so…

For weaknesses, it says:

My weaknesses tho, are pretty accurate. Actually, extremely accurate!

And for some characters considered Advocates we have…

A lot of the times it says I’m Cancer others Gemini because of the day I was born, but that doesn’t really matter because a year doesn’t have the same amount of days every time. So, apparently, according to the internet, what matters is how the stars were aligned in the year we were born…

So, according to my year of birth, I’m a Gemini. Some traits are correct some are far from it, which is normal because I don’t believe that all persons charing the same zodiac sign are exactly the same.

I don’t really read or believe in zodiac signs tho… So I don’t really care if it’s a good sign or not. It’s the one I have and that won’t make me better or worse.

What is my Hogwarts House? (Link)

The first time I did it ( a long time ago) I got both Gryffindor and Ravenclaw. Then, more recently, I took the test on the Pottermore website and I got Gryffindor so… I guess Gryffindor is my house. I do think I might be more Gryffindor than Ravenclaw… Although I do have traits from both.

What are my Learning Styles? (Link)

I have a multimodal learning preference. (VR)

Am I Right or Left Brain Dominant? (Link)

This was probably the worst test ever… I mean, really it doesn’t make much sense. I was able to get two results one by doing what I know it’s stupid and they call it logic. I really wrote a bit test about it here but I deleted it because I don’t think anyone would care about it. And I don’t want to loose more time.

Anyway, in my opinion, I use my brain equally. For one side I like images and fantasy and I’m curious, but I hate chaos, I’m not that creative and my intuition is just normal. For the other side, I like languages and I would say I’m good at it and I’m paying a lot of attention to details and rules, however, I’m not good with strategy and I’m not totally rational, plus my logic is just normal.

What is my Blood Type?

What Career Am I Meant To Have? (Link)

Okay… Are we all getting the same? Because I also got Writer and believe me, I couldn’t possibly be a writer what so ever!

Which Divergent Faction Do I Belong In? (Link)

Divergent – You deviate from the norm. The aptitude test is inconclusive. It cannot determine just one faction for you, Divergent. Your mind is ceaselessly changing. You’re creative, with a strong sense of self, and you have a clear picture of who you are and what you want. You stand out from the crowd. You may pose a threat to the norms of society, but you are unwilling to give into them.

Hmm.. I don’t really know if I agree. Agree with some parts, disagree with others.

What Does My Birth Order Say About Me?

Only child: “Only kids learn people skills from their parents and peers.” In fact, most only children turn out to be movers and shakers with similar traits to firstborns: They’re ambitious and articulate. And since they spend so much time with their parents, they’re comfortable interacting with adults. The downside: Onlies may have difficulty relating to kids their own age. “So make sure your child spends time with his peers from early on,”

If you’ve done this already or you don’t feel like doing it, feel free to skip it! Enjoy!