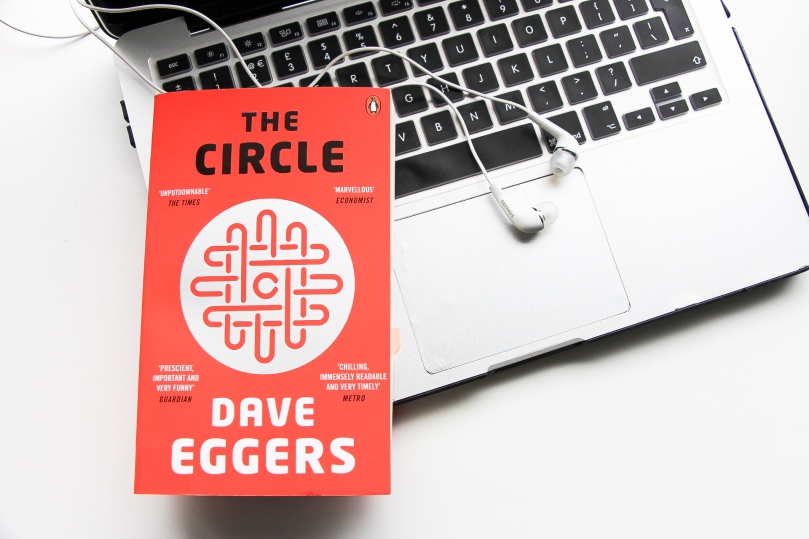 The Circle by Dave Eggers

When Mae is hired to work for the Circle, the world’s most powerful internet company, she feels she’s been given the opportunity of a lifetime. Run out of a sprawling California campus, the Circle links users’ personal emails, social media, and finances with their universal operating system, resulting in one online identity and a new age of transparency. Mae can’t believe her great fortune to work for them – even as life beyond the campus grows distant, even as a strange encounter with a colleague leaves her shaken, even as her role at the Circle becomes increasingly public …

With this book I both read a bit from my paperback copy and listened to an audiobook from Audible, narrated by Dion Graham that contained 13 hrs and 42 mins. But to be honest I mainly listened because I was feeling that the book, although the idea is amazing it was not the genre I normally go for, and it was becoming boring for me.

You know when you end a book and the only thought you have is “wtf”? Well, this book was that for me. It just ended and I didn’t really feel that it ended. I’m not sure I can put into words how I feel.

It seemed that it kept running in circles (no pun intended). I didn’t really know what I was looking for in the book. I didn’t really like the main character and as for the writing, it was okay but too repetitive. Especially the word Mae. Oh. My. God. How many times did I hear that?! I have no idea but it was driving me nuts!

But this book sure has a phenomenal idea! It’s scary and somehow realistic. It could have been more thrilling and exhilarating than it was, tho – the pace was very slow…

This book represents the idea of the world where privacy doesn’t exist, where everything is recorded for eternity, where freedom gains a different connotation. But instead of being the world already like that, like a regular dystopian novel, it’s the walk to reach that.

The idea is scary, and to be honest, in this book I am considered to be an anti-social person. Which I couldn’t have been more happy about because I didn’t like Mae and she was the total opposite of me. It has incredible messages, it shows in some way what our world is slowly turning into – it was just terrifyingly fantastic.

This is the type of story you really have to get into with the right mind because it’s very descriptive and because of that it can get boring, but the idea is amazing, some messages that transmitted for example related to self-esteem were also delivered in a different and interesting way and for that, I would recommend, especially the audiobook! Dion Graham has the perfect voice for this book, and it turns addicting!

Have you read this book or seen the movie?

22 thoughts on “Review: The Circle by Dave Eggers”