It’s time for a Fairyloot unboxing! This month’s theme was Mutinous Pirates! FairyLoot is an amazing YA bookish subscription box that I would highly recommend getting.

This was a box I was super excited about since it was said to contain items from Shadow and Bone and they mentioned a King of Scars sample! I love Leigh Bardugo’s books so I was excited for those!

If you wanna check out what this box included, just keep reading! I will show photos of the items, information on them and some of my thoughts!

So this is all the box included. Now for each item…

This month’s book is These Rebel Waves by Sara Raasch. This month’s cover is the same as the original, but it contains green sprayed pages! Also, it’s freaking signed by the author!

Adeluna is a soldier. Five years ago, she helped the magic-rich island of Grace Loray overthrow its oppressor, Argrid, a country ruled by religion. But adjusting to postwar life has not been easy. When an Argridian delegate vanishes during peace talks with Grace Loray’s new Council, Argrid demands brutal justice—but Lu suspects something more dangerous is at work.

Devereux is a pirate. As one of the outlaws called stream raiders who run rampant on Grace Loray, he pirates the island’s magic plants and sells them on the black market. But after Argrid accuses raiders of the diplomat’s abduction, Vex becomes a target. An expert navigator, he agrees to help Lu find the Argridian—but the truth they uncover could be deadlier than any war.

Benat is a heretic. The crown prince of Argrid, he harbors a secret obsession with Grace Loray’s forbidden magic. When Ben’s father, the king, gives him the shocking task of reversing Argrid’s fear of magic, Ben has to decide if one prince can change a devout country—or if he’s building his own pyre.

As conspiracies arise, Lu, Vex, and Ben will have to decide who they really are . . . and what they are willing to become for peace.

As for the other items…

With the book, we got a beautiful illustration on the other side of the letter from the author that shows our two main characters Adeluna and Devereux!

Also, here is the book signed and the letter from the author! I’m so excited to read it! It sounds awesome! Also, the pages are sprayed with green, which really fits the book, and this time I didn’t forget to show it! 😛 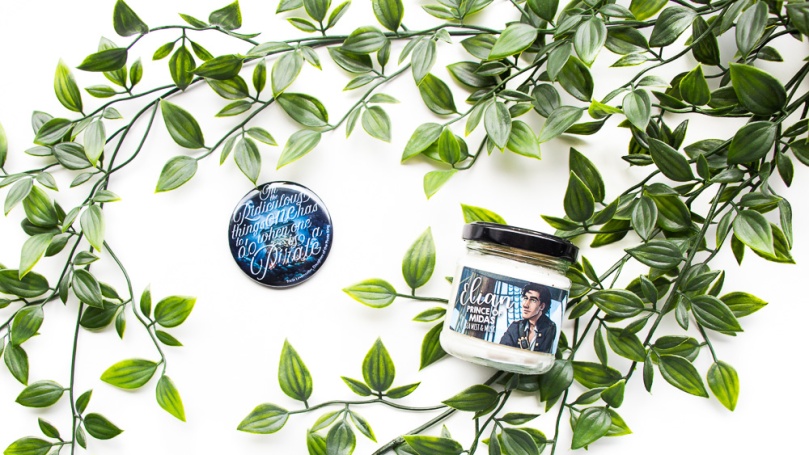 We got an exclusive Prince Elian Candle designed by Nerd Poured Candles. It’s inspired by prince Elian from To Kill a Kingdom by Alexandra Christo, which I have yet to read… The candle smells very fresh and it says to have a mix of sea mist and musk, plus it has some gold sparkles in it!

We also got an exclusive Pirate Magnet designed by Miss Phi. I love the quote and it’s inspired by Daughter of the Pirate King by Tricia Levenseller, which once again, I have yet to read. It says “Oh, the ridiculous things one has to do when one is a pirate.”.

This is a pretty interesting and “perfect for the box” item! It’s an exclusive Pirate Wax Seal made by FairyLoot!

Here’s a close up of it.

The wax is gold and full of glitters, and the seal has the classic pirate symbol on it! 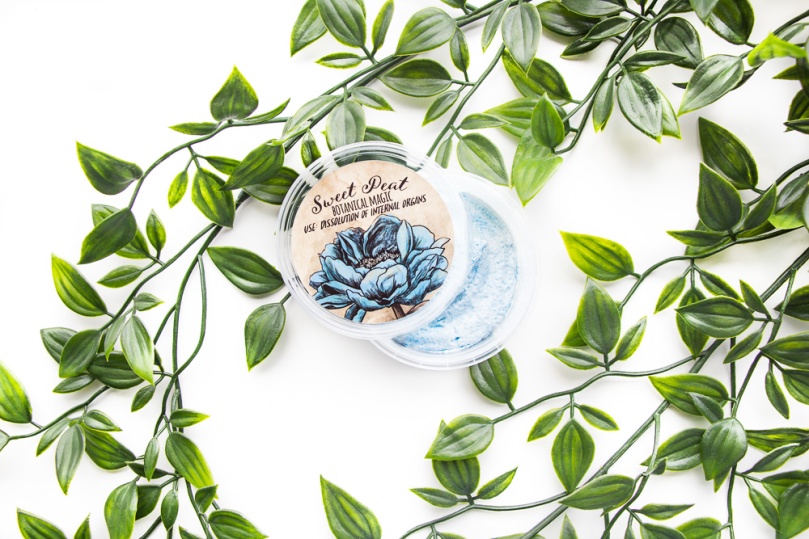 Next, we have this exclusive Sweet Peat Sugar Scrub Soap made by Geeky Clean! It smells so freaking good!! It’s inspired by a magical botanic plant in the book of the month. In the package, you can read the funniest of uses: Dissolution of Internal Organs! It will obviously not dissolve anything other than dirt, but apparently, it’s connected with something on the book, so I’m excited to understand that!

We also got an exclusive “Impossible” Hanging Flag designed by Reverie and Ink and inspired by the Shadow and Bone trilogy, more specifically Nikolai! I absolutely love the quote and we will be receiving the same item without the error in it soon! 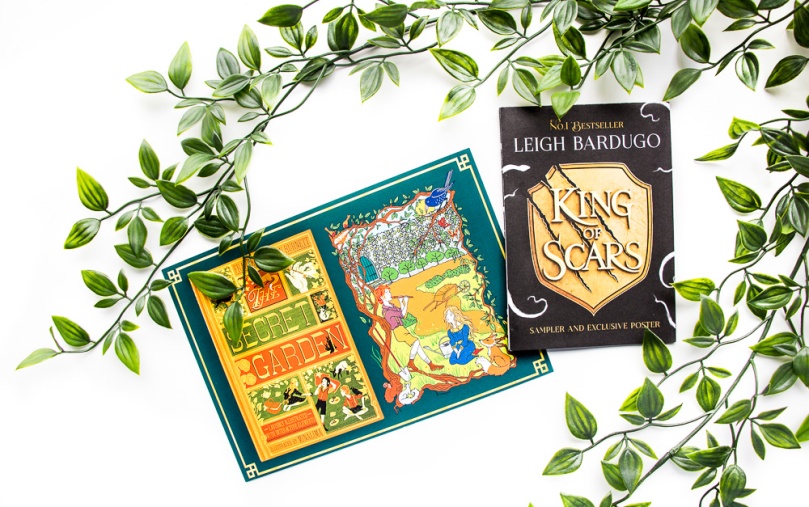 We also received as an extra the Sampler of King of Scars by Leigh Bardugo, which I so much wanted and a promotion card to the new MinaLima release of The Secret Garden, which I’m for sure gonna buy!

But once you open the sampler, you actually get a poster!

It’s absolutely gorgeous and it couldn’t sum up better Nikolai! 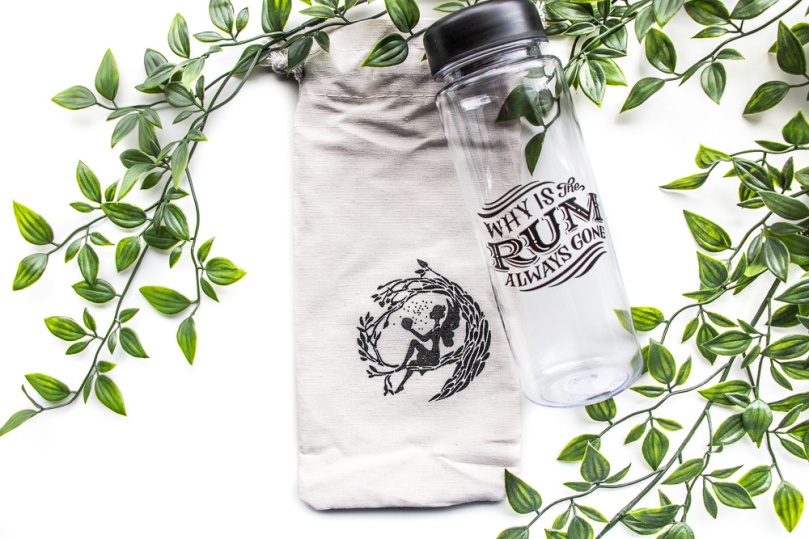 And last but not least, my favorite item! We got an exclusive “Why is the rum always gone?” Water Bottle designed by KDP Letters! It’s so gorgeous and clever! It’s inspired by Captain Jack Sparrow from Pirates of the Caribbean and I’m super excited to use it!

Plus, something I really liked about it is that it’s not all open when you take the lid off. Because often with this type of bottles on the go, it’s really easy to spread water all over me since the opening is so large…

So for me, that removable piece is the best thing ever!

Here’s another overall view of the items:

This box was pretty cool. I loved the water bottle the most, but everything was really well put together and I’m excited to see what the book is about!

Next month’s theme will be…

Do you love your books with starcrossed lovers? Characters that make you swoon? Rich tales and lush descriptions? Then this box is perfect for you!

This box features items inspired by Twilight, Strange The Dreamer, A Court of Thorns and Roses, Shadowhunters and Shadow and Bone. There are some really amazing items in here that we have NEVER included in previous boxes! All we’re saying is: prepare to swoon and fangirl/boy.

Our book pick is from a fantastic debut author and the story follows a girl whose survival depends on being the perfect body double to a cruel princess – expect allure, danger, disguises and swoon-worthy romance. It’s got everything! We are so thrilled to reveal that our edition will have an EXCLUSIVE COVER, SPRAYED PAGES and will actually be SIGNED BY THE AUTHOR. How awesome is that?

We have worked with some truly fantastic suppliers for this box. We cannot wait for you guys to see these exclusive goodies! Stay tuned for supplier reveals on social media over the coming weeks.

For more information on that box, you can check it out here. The boxes are now available!

When they are sold out, you can still get some at the beginning of each month tho (normally day 3). If you missed them, don’t worry! Each box is amazing and I’m sure you will be as happy with the next one as you would with this one! Also, make sure you check out their Instagram, they always post there the new themes!

I hope you guys enjoyed this unboxing!

Did you get this box or intend to get the next one?

What’s your favorite item from this box?

Is this book on your TBR? Let’s discuss it in the comments below!

One thought on “FairyLoot August 2018 Unboxing”