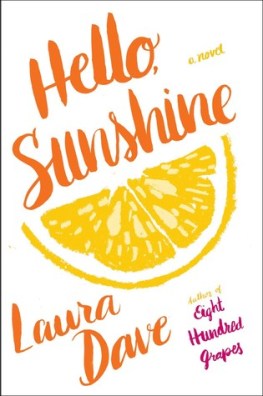 Sunshine Mackenzie has it all…until her secrets come to light.
Sunshine Mackenzie is living the dream—she’s a culinary star with millions of fans, a line of #1 bestselling cookbooks, and a devoted husband happy to support her every endeavor.

And then she gets hacked.

When Sunshine’s secrets are revealed, her fall from grace is catastrophic. She loses the husband, her show, the fans, and her apartment. She’s forced to return to the childhood home—and the estranged sister—she’s tried hard to forget. But what Sunshine does amid the ashes of her own destruction may well save her life.

In a world where celebrity is a careful construct, Hello, Sunshine is a compelling, funny, and evocative novel about what it means to live an authentic life in an inauthentic age.

END_OF_DOCUMENT_TOKEN_TO_BE_REPLACED 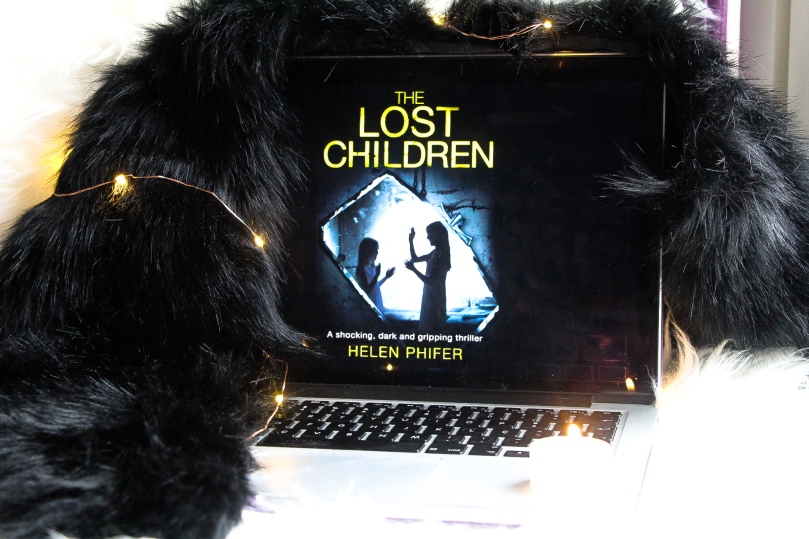 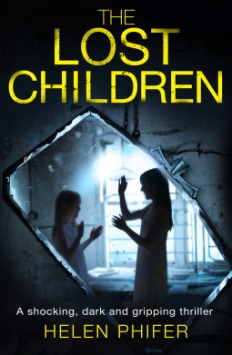 The Lost Children by Helen Phifer

Lizzy pulled the covers over her head. Then she realised what was being dragged behind the person with the torch. She rammed her fist into her mouth to stop herself from screaming…

For decades, The Moore Asylum was home to the forgotten children of Brooklyn Bay. But ever since a scandal forced its closure, the abandoned building has cast an imposing shadow. Until now – when an elderly man is found dead, his body strapped to an ancient gurney…

Detective Lucy Harwin, still reeling from a previous case that ended in the devastating murder of a mother and her child, finds herself on the trail of a killer ruthlessly fixated on avenging the asylum’s wrongs.

What disturbing secrets lie within the asylum’s walls? Together with her partner Detective Mattie Jackson, Lucy begins to unearth its terrible history, and the horrors endured by the vulnerable children.

As the attacks escalate and a woman is murdered on her own doorstep, Lucy is forced into a terrifying game of cat and mouse with a twisted individual. But can Lucy stop a murderer with nothing left to lose?

An absolutely terrifying and gripping thriller that will chill readers of MJ Arlidge, Angela Marsons and Rachel Abbott to the bone.

END_OF_DOCUMENT_TOKEN_TO_BE_REPLACED 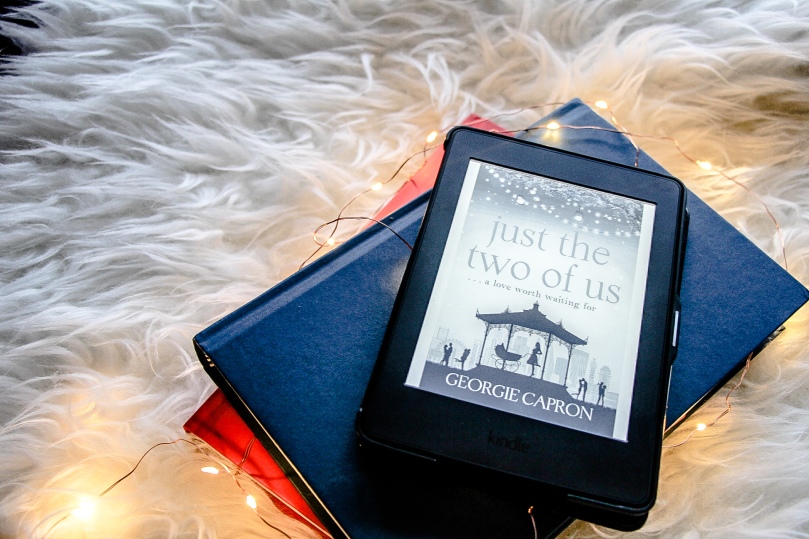 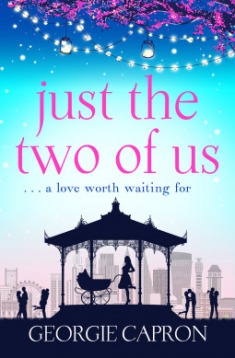 Just the Two of Us by Georgie Capron

* Received this copy from the publisher via NetGalley in exchange for an honest review. Thank you very much! This doesn’t affect the review in any way. My opinions, are as always, my own.*

Lucy is the wrong side of thirty and tormented daily by the idyllic family pictures cluttering up her Facebook newsfeed. All of her friends seem to be getting married and having babies, and yet here she is, resolutely single, and no prospect of creating the perfect family she’s always dreamt of.

How she longs for it to be her turn.

But finding love is complicated, and as time passes she wonders if there might just be another way to make her dreams come true. Is she brave enough to go it alone, or is the fantasy of ‘baby makes three’ just too precious to give up on?

Funny, warm, and a story for our time, Just the Two of Us will make you laugh and cry, and remind you never to give up on love.

END_OF_DOCUMENT_TOKEN_TO_BE_REPLACED 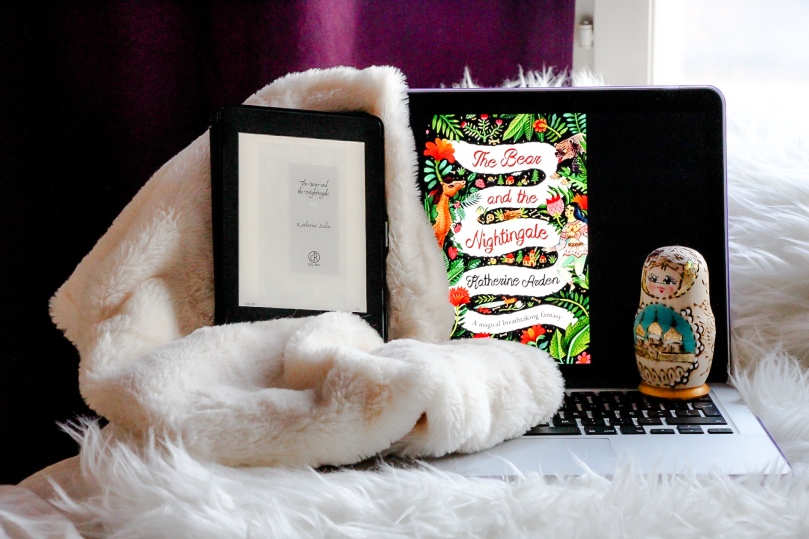 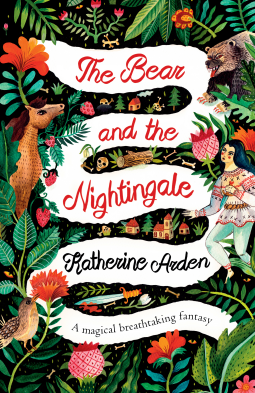 The Bear and the Nightingale by Katherine Arden

Series: The Bear and the Nightingale #1

* Received this copy from the publisher via NetGalley in exchange for an honest review. Thank you very much! This doesn’t affect the review in any way. My opinions, are as always, my own.*

‘Frost-demons have no interest in mortal girls wed to mortal men. In the stories, they only come for the wild maiden.’

In a village at the edge of the wilderness of northern Russia, where the winds blow cold and the snow falls many months of the year, an elderly servant tells stories of sorcery, folklore and the Winter King to the children of the family, tales of old magic frowned upon by the church.

But for the young, wild Vasya these are far more than just stories. She alone can see the house spirits that guard her home, and sense the growing forces of dark magic in the woods…

Atmospheric and enchanting, with an engrossing adventure at its core, The Bear and the Nightingale is perfect for readers of Naomi Novik’s Uprooted, Erin Morgenstern’s The Night Circus, and Neil Gaiman.

END_OF_DOCUMENT_TOKEN_TO_BE_REPLACED 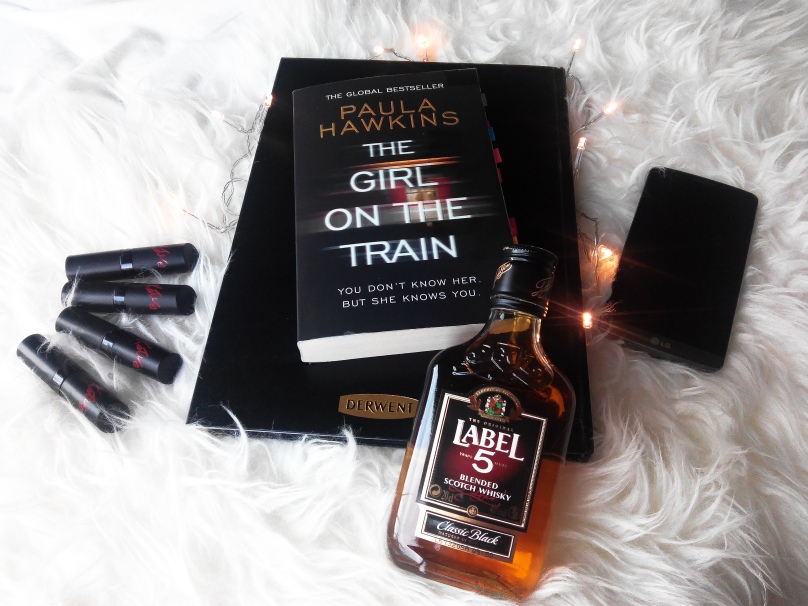 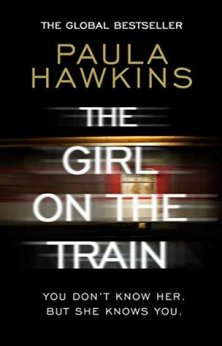 The Girl on the Train

THE RUNAWAY SUNDAY TIMES NO.1 BESTSELLER AND THRILLER OF THE YEAR

‘Really great suspense novel. Kept me up most of the night. The alcoholic narrator is dead perfect’ STEPHEN KING

Rachel catches the same commuter train every morning. She knows it will wait at the same signal each time, overlooking a row of back gardens. She’s even started to feel like she knows the people who live in one of the houses. ‘Jess and Jason’, she calls them. Their life – as she sees it – is perfect. If only Rachel could be that happy.

And then she sees something shocking. It’s only a minute until the train moves on, but it’s enough.

Now everything’s changed. Now Rachel has a chance to become a part of the lives she’s only watched from afar.

Now they’ll see; she’s much more than just the girl on the train…

People compare this book a lot with Gone Girl. Sure it’s an adult mystery/thriller in which a woman goes missing, but it’s way different!

This book is amazing! I kept holding my breath several times and I couldn’t put it down!

Rachel is lonely, drowning the sorrows of her failed marriage with grim determination and canned gin and tonics and endless bottles of wine. She lost her job because of her drunkenness, but rather than tell her flatmate, she keeps taking the train into London EVERY DAY, pretending to go to work, but actually she is just drinking over and over while fantasizing about the young couple she watches every day from her train window; a couple who live a few doors down from her old house, where her ex-husband Tom still resides with his new wife and baby.

Still reeling from Tom’s infidelity to her, she dreams of what could have been. In this couple she observes from the train, calling them “Jess and Jason,” she sees a perfect life, the one she could have had with Tom.

One day, while commuting, she witnesses “Jess” on her front lawn with another man, in what appears to be a romantic moment. Her life gets again upside down. She is outraged at this display, as personally offended as if the infidelity were being committed against herself. Shortly after this episode, she learns that “Jess,” actually named Megan, has disappeared, and feeling connected to this couple she has never actually met, she insinuates herself into the investigation, meeting with both the police and Megan’s husband, Scott.

This story is told from 3 perspectives:Rachel’s, Megan’s, and Anna (Tom’s new wife). And none of them is actually sane. It kinda seems Desperate Housewives.

This book is just full of secrets. Everyone has them. What happens on behind closed doors? How much can you ever really know/trust a person? What horrors exist in that black spot of your memory from Saturday night?

For the mystery of Megan’s disappearance itself, it has a lot of going back and forward. Full of twists. You start out about everyone. In some moment the character you thought you trusted, you doubt. This mystery keeps you in the dark long enough to let you come up with your own theories, which made it awesome.

It’s fantastic, and the mystery elements and the character development are amazing; great attention to detail and fully established backstories and motivations.

The Things I liked:

Also this book will became a movie pretty soon in October 7, which I am dying to see!! *.*

here is the trailer:

Have you read this book?