The first volume in J.R.R. Tolkien’s epic adventure THE LORD OF THE RINGS

In ancient times the Rings of Power were crafted by the Elven-smiths, and Sauron, the Dark Lord, forged the One Ring, filling it with his own power so that he could rule all others. But the One Ring was taken from him, and though he sought it throughout Middle-earth, it remained lost to him. After many ages it fell into the hands of Bilbo Baggins, as told in The Hobbit. In a sleepy village in the Shire, young Frodo Baggins finds himself faced with an immense task, as his elderly cousin Bilbo entrusts the Ring to his care. Frodo must leave his home and make a perilous journey across Middle-earth to the Cracks of Doom, there to destroy the Ring and foil the Dark Lord in his evil purpose.

END_OF_DOCUMENT_TOKEN_TO_BE_REPLACED

Hi guys! So, I got some cute tiny reads, and I thought it would be better to do mini reviews of them and pack them together in one post rather than separate them. They all have the same theme – Christmas – and they are all short reads.

These are the books I will be reviewing today: 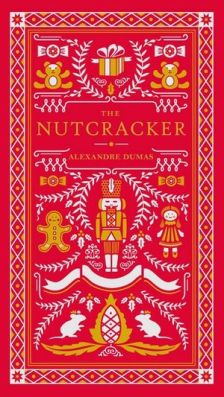 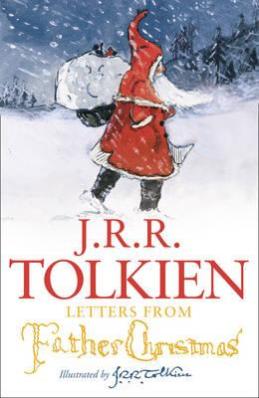 The Nutcracker by Alexandre Dumas

END_OF_DOCUMENT_TOKEN_TO_BE_REPLACED 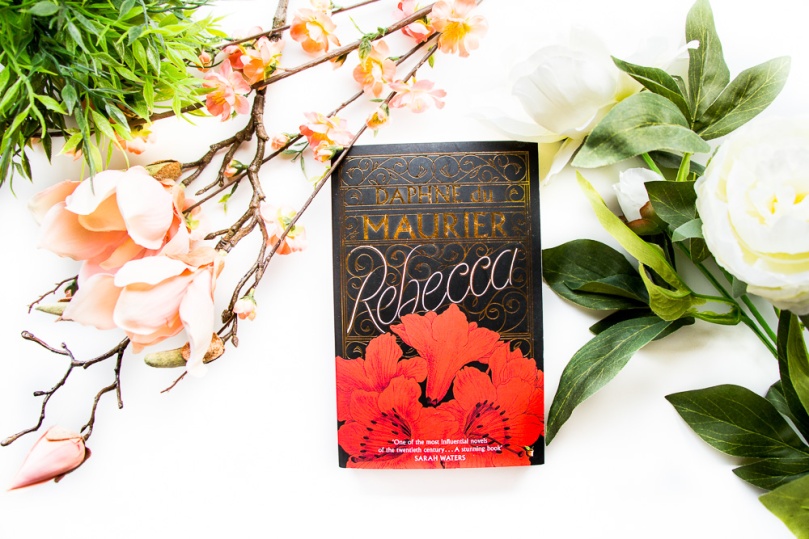 Last night I dreamt I went to Manderley again…

Working as a paid companion to a bitter elderly lady, the timid heroine of Rebecca learns her place. Life is bleak until, on a trip to the South of France, she falls in love with Maxim de Winter, a handsome widower whose proposal takes her by surprise. Whisked from Monte Carlo to Manderley, Maxim’s isolated Cornish estate, the friendless young bride begins to realise she barely knows her husband at all. And in every corner of every room is the phantom of his beautiful first wife, Rebecca.

Rebecca is the haunting story of a woman consumed by love and the struggle to find her identity.

END_OF_DOCUMENT_TOKEN_TO_BE_REPLACED

Mary Shelley began writing Frankenstein when she was only eighteen. At once a Gothic thriller, a passionate romance, and a cautionary tale about the dangers of science, Frankenstein tells the story of committed science student Victor Frankenstein. Obsessed with discovering the cause of generation and life and bestowing animation upon lifeless matter, Frankenstein assembles a human being from stolen body parts but; upon bringing it to life, he recoils in horror at the creature’s hideousness. Tormented by isolation and loneliness, the once-innocent creature turns to evil and unleashes a campaign of murderous revenge against his creator, Frankenstein.

Frankenstein, an instant bestseller and an important ancestor of both the horror and science fiction genres, not only tells a terrifying story, but also raises profound, disturbing questions about the very nature of life and the place of humankind within the cosmos: What does it mean to be human? What responsibilities do we have to each other? How far can we go in tampering with Nature? In our age, filled with news of organ donation genetic engineering, and bio-terrorism, these questions are more relevant than ever.

END_OF_DOCUMENT_TOKEN_TO_BE_REPLACED 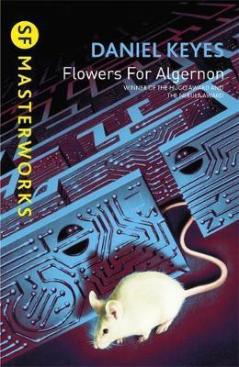 Charlie Gordon, IQ 68, is a floor sweeper, and the gentle butt of everyone’s jokes, until an experiment in the enhancement of human intelligence turns him into a genius. But then Algernon, the mouse whose triumphal experimental transformation preceded his, fades and dies, and Charlie has to face the possibility that his salvation was only temporary.

END_OF_DOCUMENT_TOKEN_TO_BE_REPLACED

Best-selling author Alexandre Dumas–who also wrote The Three Musketeers–tells this heartbreaking yet heroic tale of Edmond Dantes who takes revenge on the men responsible for his unjust fourteen-year imprisonment, keeping him from the woman he loved and the life he was supposed to live.

– This chic and inexpensive edition comes with a heat-burnished cover, foil stamping, luxurious endpapers, and a smaller trim size that’s easy to hold.
– This widely popular classic, originally written in French, tells a tale of devastating consequences for the innocent as well as the guilty.

The Count of Monte Cristo is a must-have for any home library or literary aficionado.

Overview
“Alexandre Dumas’s novel of justice, retribution, and self-discovery – one of the most enduringly popular adventure tales ever written – appears here in a newly revised translation.” “This novel tells the story of Edmond Dantes, wrongfully imprisoned for life in the supposedly impregnable sea fortress the Chateau d’If. After a daring escape, and after unearthing a hidden treasure revealed to him by a fellow prisoner, he devotes the rest of his life to tracking down and punishing the enemies who wronged him.” “This newly edited version of the original nineteenth-century English translation speeds the narrative flow while retaining all the essential details of Dumas’s intricately plotted and thrilling masterpiece.” The classic nineteenth-century translation has been revised and updated by Peter Washington, with an introduction by novelist Umberto Eco.

Sent to prison on a false accusation in 1815, Edmond Dantes escapes many years later and finds a treasure which he uses to exact his revenge.

END_OF_DOCUMENT_TOKEN_TO_BE_REPLACED 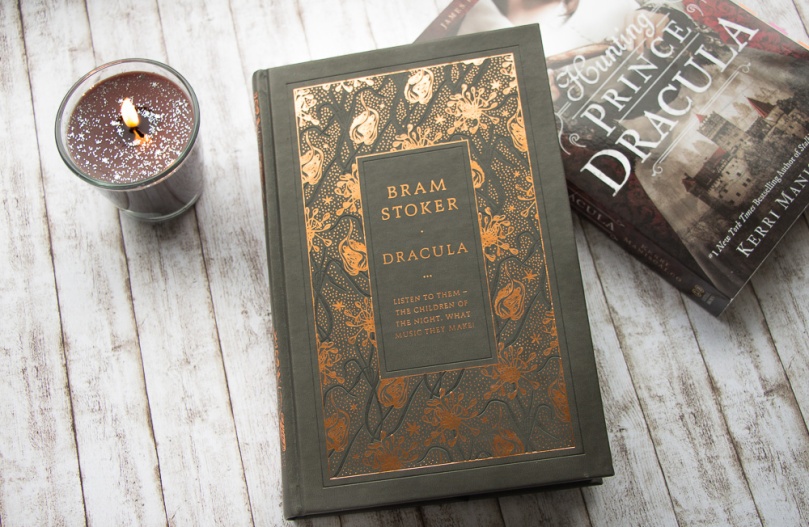 When Jonathan Harker visits Transylvania to help Count Dracula with the purchase of a London house, he makes a series of horrific discoveries about his client. Soon afterwards, various bizarre incidents unfold in England: an apparently unmanned ship is wrecked off the coast of Whitby; a young woman discovers strange puncture marks on her neck; and the inmate of a lunatic asylum raves about the ‘Master’ and his imminent arrival. In Dracula, Bram Stoker created one of the great masterpieces of the horror genre, brilliantly evoking a nightmare world of vampires and vampire hunters and also illuminating the dark corners of Victorian sexuality and desire.

END_OF_DOCUMENT_TOKEN_TO_BE_REPLACED 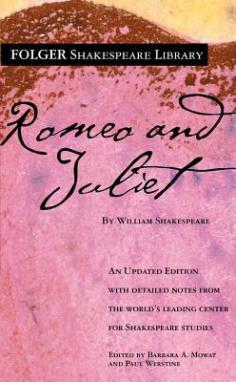 In Romeo and Juliet, Shakespeare creates a world of violence and generational conflict in which two young people fall in love and die because of that love. The story is rather extraordinary in that the normal problems faced by young lovers are here so very large. It is not simply that the families of Romeo and Juliet disapprove of the lover’s affection for each other; rather, the Montagues and the Capulets are on opposite sides in a blood feud and are trying to kill each other on the streets of Verona. Every time a member of one of the two families dies in the fight, his relatives demand the blood of his killer. Because of the feud, if Romeo is discovered with Juliet by her family, he will be killed. Once Romeo is banished, the only way that Juliet can avoid being married to someone else is to take a potion that apparently kills her, so that she is burried with the bodies of her slain relatives. In this violent, death-filled world, the movement of the story from love at first sight to the union of the lovers in death seems almost inevitable.

What is so striking about this play is that despite its extraordinary setting (one perhaps reflecting Elizabethan attitudes about hot-blooded Italians), it has become the quintessential story of young love. Because most young lovers feel that they have to overcome giant obstacles in order to be together, because they feel that they would rather die than be kept apart, and especially because the language Shakespeare gives his young lovers is so exquisite, allowing them to say to each other just what we would all say to a lover if we only knew how, it is easy to respond to this play as if it were about all young lovers rather than about a particular couple in a very unusual world. (When the play was rewritten in the eighteen century as The History and Fall of Caius Marius, the violent setting became that of a particularly discordant period in classical Rome; when Leonard Berstein rewrote the play as West Side Story, he chose the violent world of New York street gangs.)

END_OF_DOCUMENT_TOKEN_TO_BE_REPLACED 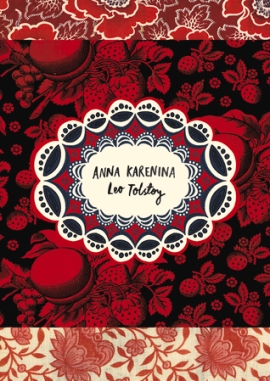 Acclaimed by many as the world’s greatest novel, Anna Karenin provides a vast panorama of contemporary life in Russia and of humanity in general. In it Tolstoy uses his intense imaginative insight to create some of the most memorable characters in literature. Anna is a sophisticated woman who abandons her empty existence as the wife of Karenin and turns to Count Vronsky to fulfil her passionate nature – with tragic consequences. Levin is a reflection of Tolstoy himself, often expressing the author’s own views and convictions.

Throughout, Tolstoy points no moral, merely inviting us not to judge but to watch. As Rosemary Edmonds comments, ‘He leaves the shifting patterns of the kaleidoscope to bring home the meaning of the brooding words following the title, ‘Vengeance is mine, and I will repay.

END_OF_DOCUMENT_TOKEN_TO_BE_REPLACED 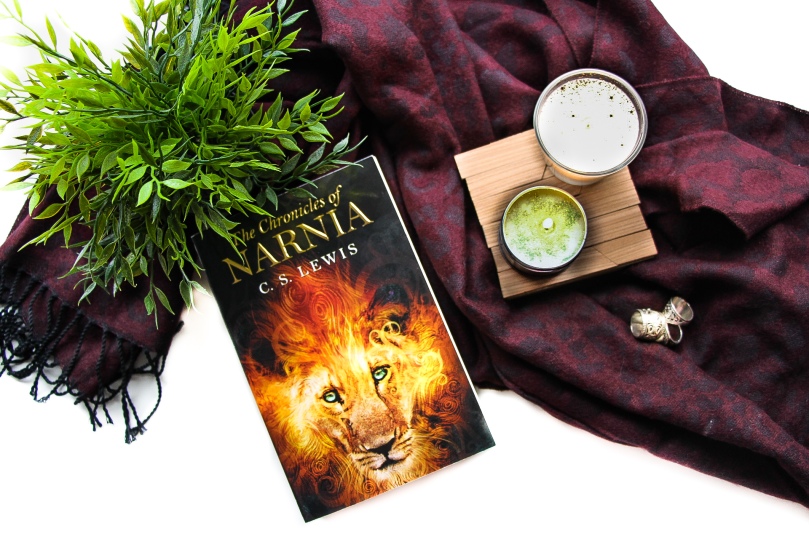 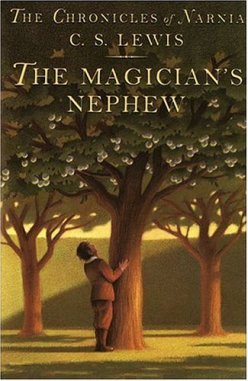 When Digory and Polly are tricked by Digory’s peculiar Uncle Andrew into becoming part of an experiment, they set off on the adventure of a lifetime. What happens to the children when they touch Uncle Andrew’s magic rings is far beyond anything even the old magician could have imagined.

Hurtled into the Wood between the Worlds, the children soon find that they can enter many worlds through the mysterious pools there. In one world they encounter the evil Queen Jadis, who wreaks havoc in the streets of London when she is accidentally brought back with them. When they finally manage to pull her out of London, unintentionally taking along Uncle Andrew and a coachman with his horse, they find themselves in what will come to be known as the land of Narnia.