Top Ten Tuesday is a weekly meme created by The Broke and the Bookish in June 2010 out of a love of lists. It recently changed to That Artsy Reader Girl and that’s where you can find the topics for each Tuesday.

This week’s topic is:

This is awesome!! I love book quotes, I always take quotes from my books, sometimes even had some in my reviews. It just really inspires me and I also love to read what quotes you guys love, because a lot of the times it makes me read the book or if it’s already on my TBR – it makes me want to read it sooner than I planned.

What quotes inspire you guys?? Here are ten that I absolutely love, all from different authors, (and believe me, it was really difficult to narrow it down) and ones that inspire me on the daily basis:

END_OF_DOCUMENT_TOKEN_TO_BE_REPLACED 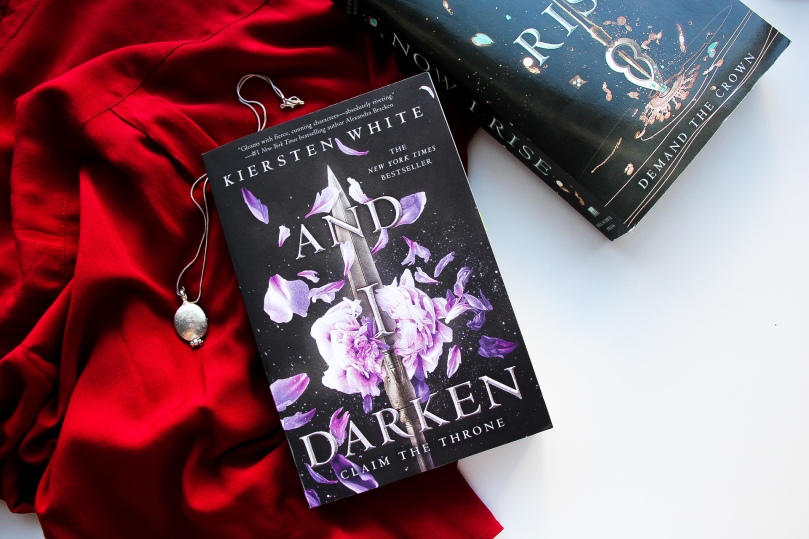 And I Darken by Kiersten White

NO ONE EXPECTS A PRINCESS TO BE BRUTAL. And Lada Dragwlya likes it that way. Ever since she and her gentle younger brother, Radu, were wrenched from their homeland of Wallachia and abandoned by their father to be raised in the Ottoman courts, Lada has known that being ruthless is the key to survival. She and Radu are doomed to act as pawns in a vicious game, an unseen sword hovering over their every move. For the lineage that makes them special also makes them targets.

Lada despises the Ottomans and bides her time, planning her vengeance for the day when she can return to Wallachia and claim her birthright. Radu longs only for a place where he feels safe. And when they meet Mehmed, the defiant and lonely son of the sultan, who’s expected to rule a nation, Radu feels that he’s made a true friend–and Lada wonders if she’s finally found someone worthy of her passion.

But Mehmed is heir to the very empire that Lada has sworn to fight against–and that Radu now considers home. Together, Lada, Radu, and Mehmed form a toxic triangle that strains the bonds of love and loyalty to the breaking point.

From New York Times bestselling author Kiersten White comes the first book in a dark, sweeping new series in which heads will roll, bodies will be impaled . . . and hearts will be broken.

END_OF_DOCUMENT_TOKEN_TO_BE_REPLACED 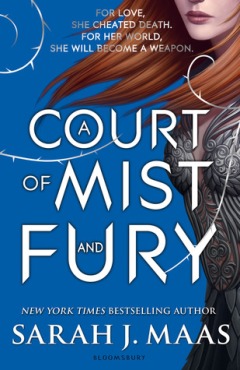 A Court of Mist and Fury by Sarah J. Maas

Series: A Court of Thorns and Roses #2

After rescuing her lover Tamlin from a wicked Faerie Queen, she returns to the Spring Court possessing the powers of the High Fae. But Feyre cannot forget the terrible deeds she performed to save Tamlin’s people – nor the bargain she made with Rhysand, High Lord of the feared Night Court.

As Feyre is drawn ever deeper into Rhysand’s dark web of politics and passion, war is looming and an evil far greater than any queen threatens to destroy everything Feyre has fought for. She must confront her past, embrace her gifts and decide her fate.

She must surrender her heart to heal a world torn in two.

END_OF_DOCUMENT_TOKEN_TO_BE_REPLACED

Ahh, Goodreads… I have to say that I use it every single day. I like to search for books because I’m a masochist and somehow I like to keep adding more books to my killer weight TBR. I also like to post there my reviews and see what people think, and I like to see at what % of a book I’m going. It motivates me! And I know it can also be stress-y but for now, it has worked great!

I was tagged by Nicola @ Thoughts on Fantasy and by Mandy @ Book Princess Reviews to do this awesome tag so thank you so much and sorry for the delay! Both of them have amazing and diverse blogs so make sure you check them out!  Also, check out Nicola’s post here and Mandy’s post here! END_OF_DOCUMENT_TOKEN_TO_BE_REPLACED

I didn’t have this post programmed but I was doing a surprise for my boyfriend and I decided to write some cute romantic quotes from some books. And that’s when I had the idea of posting it in my blog too!

I never do much posts with quotes but there are so many that should be shared with everybody! So here goes some random cute romantic quotes.

Hope you guys enjoy it! END_OF_DOCUMENT_TOKEN_TO_BE_REPLACED