Top Ten Tuesday is a weekly meme created by The Broke and the Bookish in June 2010 out of a love of lists. It recently changed to That Artsy Reader Girl and that’s where you can find the topics for each Tuesday.

This week’s topic is:

I don’t think I have any I hated and that I am glad I read, cuz probably if I was hating them, I never finished them. But I do have some I just read that were just okay, I liked them, but they weren’t anything special – but that I am still happy I read! So let’s go for those! They are also books I . Actually, cross that, I will never re-read them.

Do you have any books you didn’t like but are happy you’ve read? Which ones?

END_OF_DOCUMENT_TOKEN_TO_BE_REPLACED 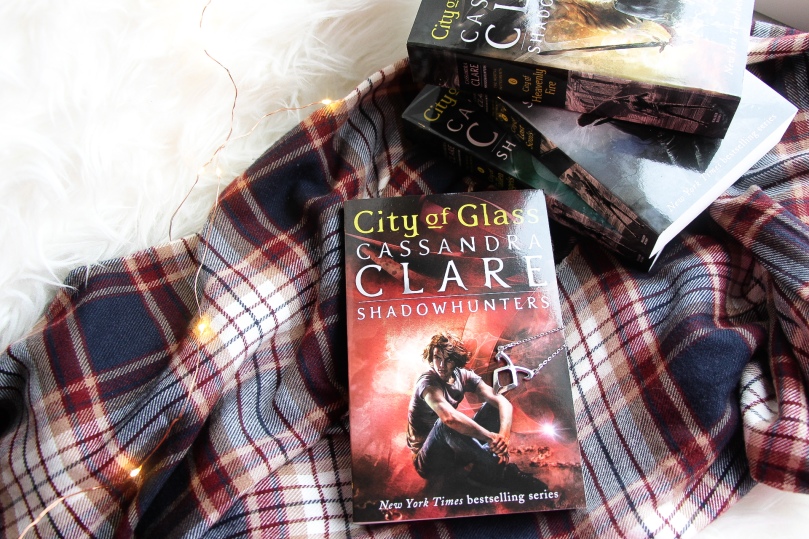 City of Glass by Cassandra Clare

To save her mother’s life, Clary must travel to the City of Glass, the ancestral home of the Shadowhunters – never mind that entering the city without permission is against the Law, and breaking the Law could mean death. To make things worse, she learns that Jace does not want her there, and Simon has been thrown in prison by the Shadowhunters, who are deeply suspicious of a vampire who can withstand sunlight.

As Clary uncovers more about her family’s past, she finds an ally in mysterious Shadowhunter Sebastian. With Valentine mustering the full force of his power to destroy all Shadowhunters forever, their only chance to defeat him is to fight alongside their eternal enemies. But can Downworlders and Shadowhunters put aside their hatred to work together? While Jace realizes exactly how much he’s willing to risk for Clary, can she harness her newfound powers to help save the Glass City – whatever the cost?

Love is a mortal sin and the secrets of the past prove deadly as Clary and Jace face down Valentine in the third installment of the New York Times bestselling series The Mortal Instruments.

END_OF_DOCUMENT_TOKEN_TO_BE_REPLACED 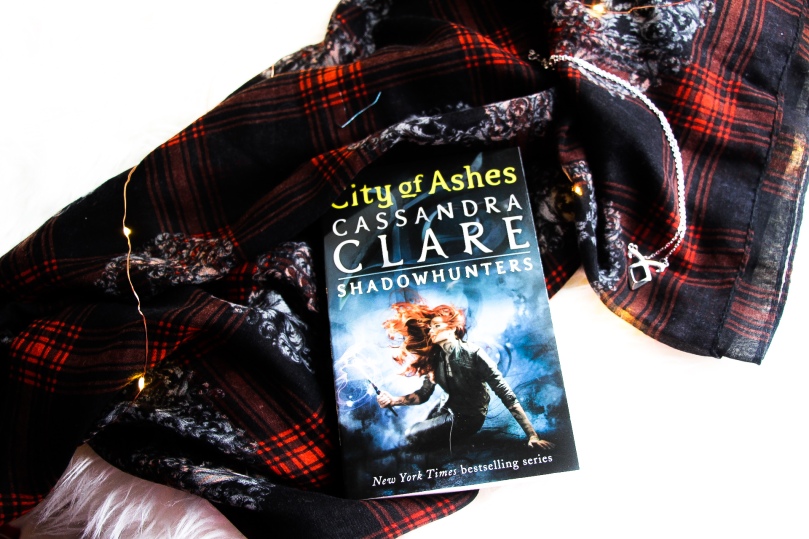 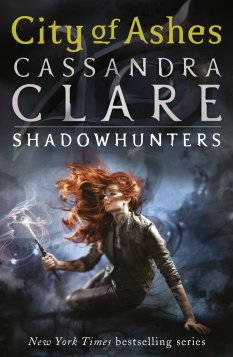 City of Ashes by Cassandra Clare

Clary Fray just wishes that her life would go back to normal. But what’s normal when you’re a demon-slaying Shadowhunter, your mother is in a magically induced coma, and you can suddenly see Downworlders like werewolves, vampires, and faeries? If Clary left the world of the Shadowhunters behind, it would mean more time with her best friend, Simon, who’s becoming more than a friend. But the Shadowhunting world isn’t ready to let her go — especially her handsome, infuriating, newfound brother, Jace. And Clary’s only chance to help her mother is to track down rogue Shadowhunter Valentine, who is probably insane, certainly evil — and also her father.

To complicate matters, someone in New York City is murdering Downworlder children. Is Valentine behind the killings — and if he is, what is he trying to do? When the second of the Mortal Instruments, the Soul-Sword, is stolen, the terrifying Inquisitor arrives to investigate and zooms right in on Jace. How can Clary stop Valentine if Jace is willing to betray everything he believes in to help their father?

In this breathtaking sequel to City of Bones, Cassandra Clare lures her readers back into the dark grip of New York City’s Downworld, where love is never safe and power becomes the deadliest temptation.

END_OF_DOCUMENT_TOKEN_TO_BE_REPLACED 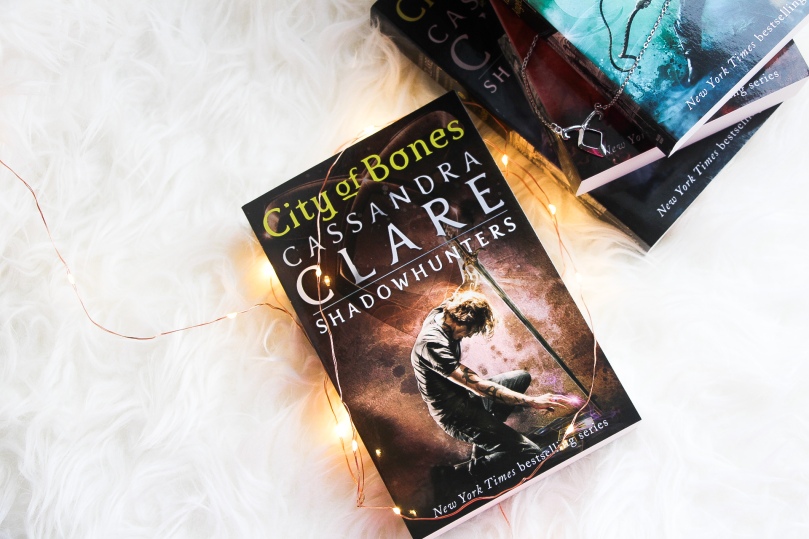 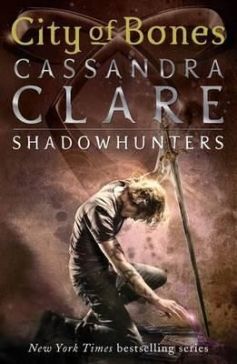 City of Bones by Cassandra Clare

When fifteen-year-old Clary Fray heads out to the Pandemonium Club in New York City, she hardly expects to witness a murder― much less a murder committed by three teenagers covered with strange tattoos and brandishing bizarre weapons. Then the body disappears into thin air. It’s hard to call the police when the murderers are invisible to everyone else and when there is nothing―not even a smear of blood―to show that a boy has died. Or was he a boy?

This is Clary’s first meeting with the Shadowhunters, warriors dedicated to ridding the earth of demons. It’s also her first encounter with Jace, a Shadowhunter who looks a little like an angel and acts a lot like a jerk. Within twenty-four hours Clary is pulled into Jace’s world with a vengeance, when her mother disappears and Clary herself is attacked by a demon. But why would demons be interested in ordinary mundanes like Clary and her mother? And how did Clary suddenly get the Sight? The Shadowhunters would like to know…

Exotic and gritty, exhilarating and utterly gripping, Cassandra Clare’s ferociously entertaining fantasy takes readers on a wild ride that they will never want to end.

END_OF_DOCUMENT_TOKEN_TO_BE_REPLACED 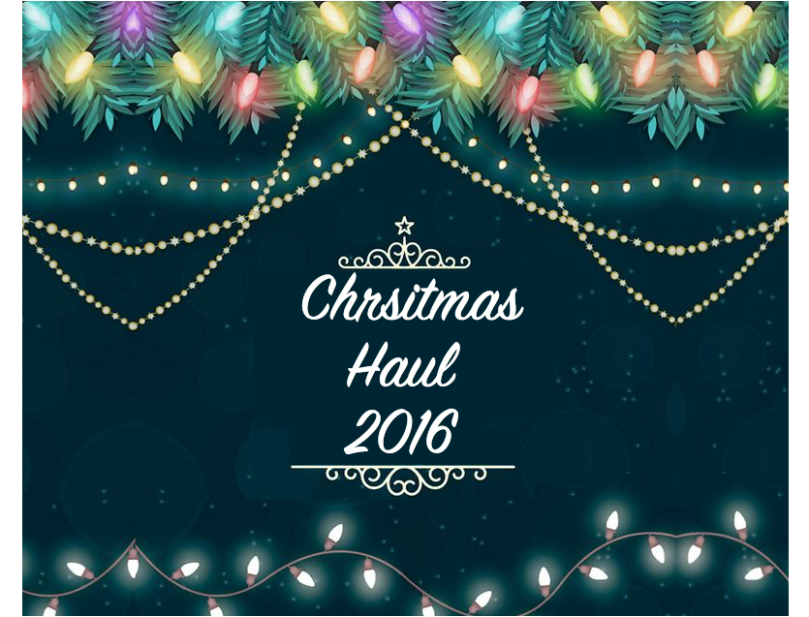 Hi guys!! Sorry to post this so late. How was your Christmas?

I loved mine so SO much! Plus I finally got my kitty (that was living with my mom) home, which is awesome! END_OF_DOCUMENT_TOKEN_TO_BE_REPLACED